Improving Your Child’s Confidence In Netball 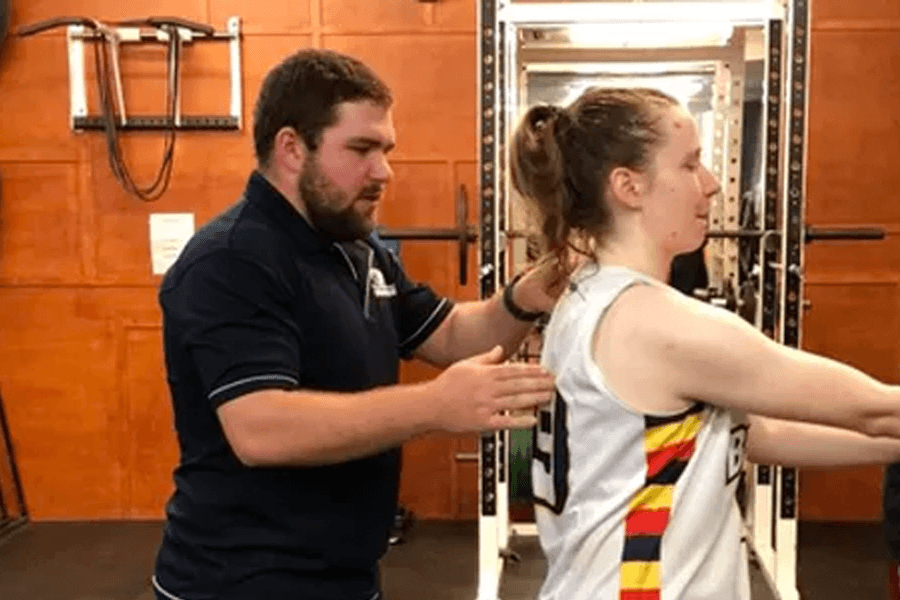 No matter what age, ability or size, getting your child interested in sport can sometimes be a hard task. On the other hand, some children are born with the drive to compete and there is little to no negotiating required to get them to take part in sporting activities.

Regardless of where your child stands currently, setting them up physically by helping them develop body awareness, learning how to use their body effectively and train their muscles efficiently will help them to increase their confidence in netball, and in life in general.

Getting your child into performance training for netball while they are young allows them to form good habits, which will become more and more important as they age and reach their sporting goals.

Running speed is important for netballers.

Being able to move away from their defender, into space and have a better chance of getting the ball all comes from how quickly they can get there.

At Acceleration your child will take part in initial testing to determine how they could run faster and a personalised fundamentals program will be developed for them, in a fun learning environment.

The ability to stop, start and change direction quickly on the netball court comes from both strength and agility. Kids take longer than adults to develop strength that allows them to stop when they catch the ball, pivot effectively, pass and get off that foot again quickly.

By teaching body awareness to young netballers, it gives their brain the ability to sense where their body is in space and allows them to perform these movements safer, faster and more effectively.

This awareness training in netball also reduces the risk of injury on the court now, and in their future sporting achievements.

Getting Into The Right Position On The Court

Flexibility allows your child to get into the right position on the court. This skill is paramount in netball, as a good position determines whether or not the child will be able to get or intercept the ball.

At Acceleration we also test your child’s speed over 5 – 20 seconds and build a program specifically around their requirements to increase their acceleration, allowing them to get into clear space, and be first on the ball.

Jumping Higher To Intercept Or Shoot

Strength is again a determining factor in how easily your child will be able to jump to intercept the ball or to shoot in a Goal Shooter or Goal Attack position on the court.

To improve strength, your child will need to work on becoming more stable through the hips and lower body in order to apply optimal force to the ground as they jump to attack the ball.

Strength is the building block of power. When your child can build strength, they are able to exert more force, improve their vertical jump and in turn, improve their netball.

From a defending perspective, strength can help to make your child a great team player on the court, getting the ball from the opposition and back into the hands of their team mates.

Netball Performance Programs For Your Child

Acceleration have worked with athletes across many different sports including netballers of all ages and abilities.

Juniors who are just starting out and have little to no experience in conditional training will be taught all the fundamentals, getting them off to the best possible start should they wish to develop a career in netball, or simply learn to use their body effectively.

With performance training, your child will not only get the weekly exercise they need for their growing bodies but they will learn how to apply effective techniques they can use in their netball games.

Acceleration have worked alongside Netball QLD and some of the top teams playing the Suncorp Super Netball competition including the QLD Firebirds & Sunshine Coast Lightening to further develop netball players for success.

Register for a netball training program today
Share This: